Yes, I know that 24 Tasks ended two weeks ago but I have a story share, something that has occurred since the end of the game.

One of the on-going themes of the season is "miracles" and while I think they are mostly about chance, I most recently experienced a 'miracle' and want to share the story.

On January 7, the day after Epiphany, we were in the city of Santiago de Compostela, the supposed burial place of St. James and a huge pilgrimage destination for Christians, who have walk the "Camino de Santiago" a well-trodden path from the French Pyrennes to the Cathedral of St. James (Santiago) in the northwest of Spain for many centuries. We had come by cruise ship and a shore excursion offered by the ship and even though we had a very short time in the city, I have always wanted to visit this city. We had a lovely tour.

We were within a half hour of heading back to the buses when I realized, that I didn't know where my hearing aid was, that I had lost track of it and had not been as careful with it when I removed it to put in the earphone to listen to the guide as I should have been. It was not in my jacket pocket and I could not locate it in my bag. It was going to be an expensive bit of carelessness to set to rights.

At this point, tea and cakes were being served before we got back on the buses. I was obviously very upset and ranting in two languages. I sent DH to get us cups of tea while I proceeded to empty everything from my bag, looking for the damned thing, talking with DH in English and the guides in Spanish (mostly in coherent mutterings and cursing myself for my stupidity).  My hearing aid was GONE and the damned little thing was expensive. Rosana, our wonderful guide, and the rest of the guides knew what was going but there was really little anyone could do about it. We had covered a lot of territory and the device itself was the same color as the paving stones we were walking on. I looked for it the entire walk back to the bus. At this point, I was pretty sure where I had lost it--when I had gone into my bag to get my gloves, which I did while we were walking along.

I walked the entire way back to the ship looking for it, hoping I might see it on the ground waiting for me and thinking about the paperwork that I would need to fill out if I were going to file a claim against the travel insurance to maybe, possibly recover some of the replacement cost of the damned gadget.

We are almost back to the parking lot, when Rosana approached me waving my hearing aid in her hand. A gentleman saw it on the ground, recognized what it was and gave it to the guide for his bus, who in turn gave it to Rosana. I gave her a huge hug but I never did learn who it was exactly I have to thank for its return. Yes, even I will say that it was miracle that it was found. At last, I have come to the last door, my final post. Between the game and all of the other not quite as festive tasks of the season, the last two months of 2019 have flown by. It has been a good year.
Many, many, many thanks to the Magistri Ludi, The Masters of the Games-- Moonlight Reader, MurderByDeath, Themis-Athena, Tea-Stitch-Read (aka Mrs. Claus' Tea House) and this year's Racing Steward Darth Pedant -- who have out done themselves. Looking forward to more fun and games in 2020.
Task 1: Prepare your favorite spicy dish or drink; share a picture and enjoy. (Sharing the recipe is optional.)
Meh. I am done cooking for the year!
Task 2: Have you ever had an “epiphany” of your own, in the sense of a sudden revelation or insight? If so, share that “ah-HAH” moment with us.
Not really. I'm as thick as a two planks and slow on the uptake to boot.
Task 3:  George and Martha Washington were married on Twelfth Night in 1759. She wore purple silk slippers (https://www.mountvernon.org/george-washington/martha-washington/george-marthas-courtship/ ). In honor of the first FLOTUS, wear purple socks or slippers and share a picture of them with us.
I have a couple of purple shirts but no socks or slippers that fit the bill. :-(
Task 4:  In Ireland, Epiphany is also sometimes called “Nollaig na mBean” or Women's Christmas. Traditionally the women get the day off and men do the housework and cooking! It is becoming more popular and many Irish women now get together on the Sunday nearest Epiphany and have tea and cakes. (https://www.whychristmas.com/customs/epiphany.shtml ) Take a picture of your book for this square (Epiphany) or of the book you are currently reading with a mug of tea and snack or enjoy a cream tea.
Book: Read a book featuring three main characters, about traveling on a journey to a faraway place, a book that’s part of a trilogy, with a star on the cover, with the word “twelve” or “night” in the title, or concerning kings or spices.
Twelve Angry Men by Reginald Rose 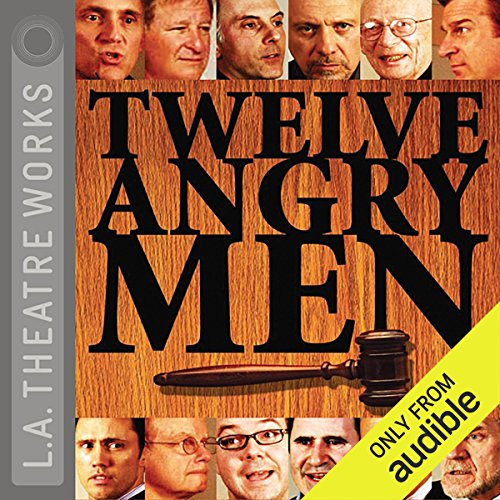